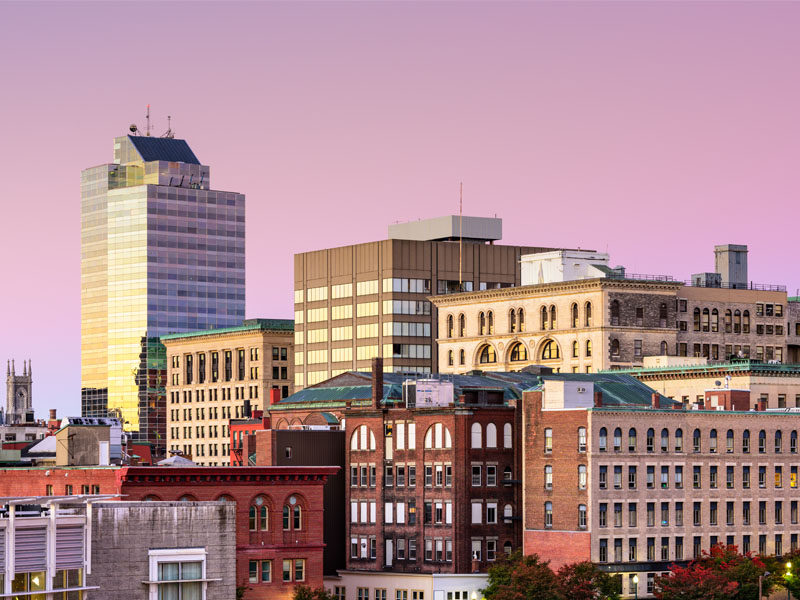 A Little About Worcester

Worcester is a city and the county seat of Worcester County, Massachusetts, United States. Named after Worcester, England, as of the 2010 Census the city’s population was 181,045, making it the second largest city in New England after Boston. Worcester is located approximately 40 miles (64 km) west of Boston, and 38 miles (61 km) east of Springfield. Due to its location in Central Massachusetts, amidst Massachusetts’ major metropolitan regions, Worcester is known as the “Heart of the Commonwealth”, thus, a heart is the official symbol of the city. However, the heart symbol may also have its provenance in lore that Valentine’s Day cards were invented in the city.

Worcester is known as the Heart of the Commonwealth, because of its proximity to the center of Massachusetts. Worcester and the surrounding areas, looking north at 3700 feet (1128 m) The city is about 45 miles (72 km) west of Boston and 38 miles (61 km) northwest of Providence, Rhode Island. The Blackstone River forms in the center Worcester by the confluence of the Middle River and Mill Brook. The river courses underground through the center of the city, and emerges at the foot of College Hill. It then flows south through Quinsigamond Village and into Millbury. Worcester is also the beginning of the Blackstone Valley that frames the river. The Blackstone Canal was once an important waterway connecting Worcester to Providence and the Eastern Seaboard, but the canal fell into disuse at the end of the 19th century and was mostly covered up. In recent years, local organizations including the Canal District Business Association have proposed restoring the canal and creating a Blackstone Valley National Park. Worcester is one of many cities claimed, like Rome, to be found on seven hills: Airport Hill, Bancroft Hill, Belmont Hill (Bell Hill), Grafton Hill, Green Hill, Pakachoag Hill and Vernon Hill. However, Worcester has more than seven hills including Indian Hill, Newton Hill, Poet’s Hill, and Wigwam Hill. Worcester has many ponds and two prominent lakes: Indian Lake and Lake Quinsigamond. Lake Quinsigamond (also known as Long Pond) stretches four miles across the Worcester and Shrewsbury border and is a very popular competitive rowing and boating destination.